Zhejiang province is home to China’s silicon valley, Hangzhou, and is at the heart of the country’s innovation drive. With the blistering growth of the region’s private enterprises, Zhejiang’s legal market is among the hottest in the country, and the dominance of local firms makes the market a hard nut to crack for big national players, writes Miao Sha

Located where the southern flank of the Yangtze River Delta meets the East China Sea, Zhejiang is one of the smallest provinces in China, yet it punches above its weight with its prosperous economy.

According to the local statistics bureau, Zhejiang’s GDP reached RMB6 trillion (USD9.3 billion) in 2020, with the provincial capital Hangzhou alone having a GDP of RMB1.6 trillion.

Bullish private enterprises with a thirst for innovation have bolstered capital markets and sown the seeds for a robust legal services sector, one that seems strong enough to compete with national law firms wanting in on the market. So, what are the secrets for the province’s success?

“Private enterprises, and micro and small enterprises, are well developed in Zhejiang … but in terms of heavy industry, state-owned enterprises and large foreign-invested enterprises, it cannot compare with the likes of Shanghai, Beijing or Jiangsu,” says Huang Peng, an Hangzhou-based partner of East & Concord Partners.

Private enterprises are a key component of the economy, with e-commerce giant Alibaba, Nongfu Spring (which rocketed its founder into the ranks of China’s most wealthy) and the nation’s largest private car manufacturer, Geely Holdings, all headquartered in Zhejiang.

These flourishing enterprises have also boosted the development of local capital markets. “Private capital has always been on the move in Zhejiang, and investment and financing demand is strong, providing wide room for the development of the finance industry,” says Xia Yongjun, the managing partner of DeHeng Law Offices’ Hangzhou branch.

Zhejiang enterprises have set a brisk pace in listings. According to the Zhejiang office of the China Securities Regulatory Commission (CSRC), 62 enterprises from the province listed in China in 2020, accounting for 15.7 % of all new listings, ranking it first in the country.

“The conditions for domestic stock offerings have become simpler and easier, and more inclusive, encouraging and galvanising a large number of enterprises to begin the process of going public,” says Liu Bin, a partner at T&C Law Firm’s Hangzhou headquarters.

The liveliness in local capital markets cannot be divorced from government support and a good business environment. In 2016, Zhejiang’s government launched a reform to improve administrative efficiency by seeking to ensure that people and enterprises need to “go a maximum of one time” to the government to handle any matter.

The enhancement in government efficiency has been of great benefit to enterprises. According to the Zhejiang Development and Reform Commission, as at the end of December 2020, a “maximum of 80 days” had been realised for the approval of all investment projects for ordinary enterprises in Zhejiang province, with the average time required for approvals of investment projects dropping from 192 days in 2016 to less than 80 days in 2020.

In 2017, the Zhejiang government also launched the Phoenix programme to develop capital markets through enterprise equity reform, acquisition/restructuring and other such means. According to a local government report, as at the end of November 2020, an additional 238 Zhejiang enterprises had listed in China or abroad since the launch of the programme, bringing the total to 641 listed companies.

In the face of growing demand in capital markets, local lawyers have also been keen to seize new opportunities. “The issue of intergenerational passing down of Zhejiang business enterprises has increasingly come to the fore, and the demand for family non-litigation and wealth management legal services has grown sharply,” says Shi Lijia, a partner at High Mark Law Firm in Hangzhou.

Shi says that the private economy and finance in Hangzhou are highly developed, and family cases often involve equity, financial and tax issues, with clients tending towards greater diversity and complexity.

Internet giants such as Alibaba and NetEase have clustered in Hangzhou, with the digital economy contributing to more than half of local economic growth. “The digital economy is a major bright spot in the socio-economic development of Zhejiang,” says Shi.

Based on the development of the internet, the Regulations of Zhejiang Province for Promoting the Digital Economy, which were implemented on 1 March 2021, became the first set of local regulations in China with the aim of promoting the development of the digital economy. According to a local government report, there are more than 6,000 enterprises of scale in the core industries of the digital economy in Zhejiang, with total value added reaching RMB702 billion.

Chen Yueqi says the new regulations are a means for the local government to feel out the landscape for future legislation and regulation, and could boost the healthy development of the digital economy to an even greater degree.

Liu, of T&C, says the regulations expressly define the “digital economy” at the level of laws for the first time, not only setting the focus on “industrialising the digital, digitising industry and digitising governance”, but also providing for the relevant incentives, safeguards and legal liabilities.

Due to the development of the internet industry, the local legal environment has changed accordingly. China’s first Internet Court was established in Hangzhou, the provincial capital, in 2017, focusing on adjudicating internet-related matters.

“There are a lot of internet tort disputes and similar cases [at Hangzhou Internet Court],” notes Liu Ke, executive director of the Hangzhou office of L&H Law Firm, adding that at one time he and his team were so busy they took up residence near the court for nine months to focus on handling disputes involving information networks, internet IP, etc.

“Internet arbitration has strict requirements in terms of the rigour of the arbitration rules and transaction contracts,” says Zhao Liang, deputy secretary general of the Hangzhou Arbitration Commission. “Resolving cases of the same type and same nature through the internet not only saves on manpower and material resources, but also greatly shortens the adjudication process,” he says.

Micro-lending and quasi-bank cases are among the more common matters handled by the Internet Arbitration Court.

“Zhejiang’s legal service industry is similar to the regional layout of China’s economy, ranking near the top in China’s Yangtze River Delta region and even the country as a whole,” says Chen Youxi, managing partner of Capital Equity Legal Group in Hangzhou.

Ministry of Justice figures show that, as of the end of 2020, Hangzhou had almost 600 law firms, an increase of about 8% year on year, and a total of 10,738 lawyers. These 10,000-plus lawyers generated revenue close to RMB7 billion last year, accounting for more than half of the total of Zhejiang province as a whole. Its legal industry is growing at a rapid clip.

In the face of the expansion of law firms with a national reach, what distinguishes Zhejiang from the legal markets in other regions of China is that local law firms are on a solid footing thanks to stable client relationships, mature management mechanisms and resource advantages.

Lu Lizhong, the managing partner of Sunshine Law Firm’s Hangzhou office, says: “There is a solid competition landscape in the Zhejiang legal services market, with the growth of local law firms and the Zhejiang offices of leading law firms relatively balanced, without the wholesale seizure of market share by leading law firms seen in other provinces and municipalities.”

One local senior lawyer says the reason that the dominant position of local law firms is nearly unshakeable is due to the client structure in Zhejiang, which revolves around private enterprises. However, due to the size of Zhejiang’s economy, Hangzhou nevertheless remains a primary choice for firms with a national reach to establish branch offices.

With the fierce competition between large local law firms and the Hangzhou offices of national ones, there is not much room left for smaller firms. “Due to the severe polarisation, large law firms are getting bigger and bigger, while small law firms keep shutting down, or are swallowed up,” says Huang, of East & Concord. However, as Zhao of Zeda points out: “Some boutique firms that are highly specialised have certain local advantages.”

In contrast with the developed local science and technology landscape, legal technology instruments are gradually filtering into the micro, small and medium-sized enterprise legal services market. “The trend of using technological means to enhance the efficiency, precision judgment level and client experience of legal services in the local law industry is becoming ever more obvious,” says Shi, from High Mark.

A lawyer who has been working in Hangzhou for many years says that some private enterprises, out of cost considerations, will reduce their demand for legal services at the start-up stage, but later, when contemplating co-operation, may find themselves unprepared when facing acquisitions and other complex transactions. Enterprises’ awareness of legal risks has improved, with some enterprises having internally established relatively sound legal and compliance departments. This also raises the demand for external legal services.

Thu Aug 12 , 2021
Beyond limiting the coronavirus’s flow from hot spots to the rest of the country, allowing only vaccinated people on domestic flights will change minds, too. Angel Garcia / Bloomberg / Getty About the author: Juliette Kayyem, a former assistant secretary for homeland security under President Barack Obama, is the faculty […] 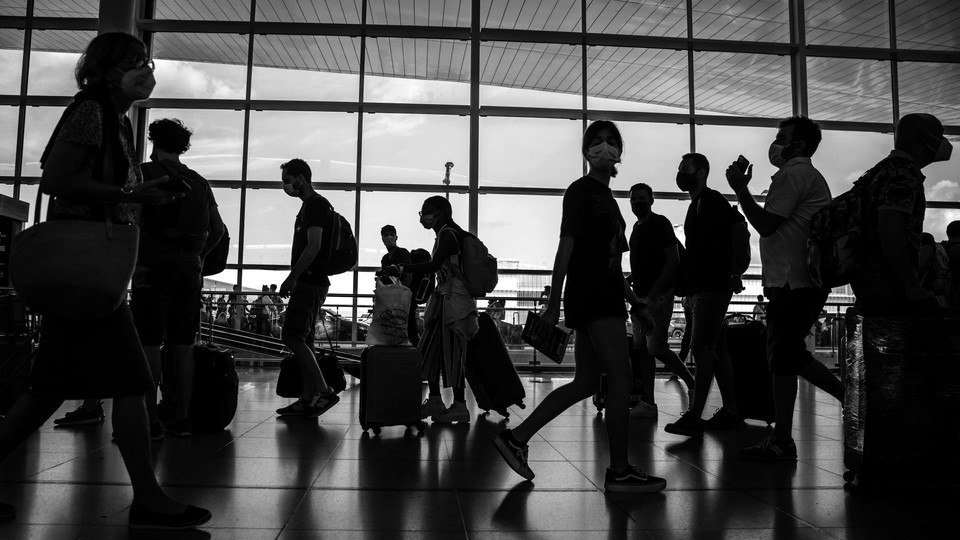 Using A Digital Marketing Agency To Promote Your Online Business