Around the time Collette Wixom’s son Ryker was a 4-year-old, he was already becoming a viral sensation on Instagram.

And when brands began reaching out to Wixom, 39, she said her first thought was how she could start saving for her son’s future college tuition.

“Right when the first brand deal came in we were like, ‘Let’s figure this out,’” Wixom said of saving for Ryker’s college education.

Wixom runs MiniStyleHacker, a family and lifestyle account she began in 2014, which features Wixom; Ryker, now 11; Wixom’s other sons, Grey, 8, and Wyatt, 4; and her husband, Chase, 38. She began the account on a whim, and it has since ballooned to more than 261,000 followers and scored the family brand deals with companies like Disney, Walmart and Target.

“I don’t know what college is going to cost when they go to college, but it’s a decent amount at this point,” Wixom said of her children’s college funds, although she declined to say how much she’s saved.

For many parents and children, influencing has been a way to save for the future, especially college. Experts have likened the skills learned on social media to those acquired during internships, and influencers and micro-influencers alike say they’ve been able to pay for tuition, books and other college necessities thanks to brand deals.

“Different parents are at different stages of what they know about the business. … [Some parents say] ‘Hey, my kid has a ton of followers. Maybe there’s something here that we should be thinking about,’” said Mae Karwowski, CEO and founder of Obviously, an influencer marketing agency.

While influencer parents and kids acknowledge the benefits of going viral and making a living off social media, many have fears about what it can do to children as they grow up.

“A very tough thing to balance, but it absolutely can be a game changer if you do it right,” said Titania Jordan, chief parenting officer of Bark Technologies, a dashboard that allows parents to monitor their children’s social media and smartphone activities.

Some studies have suggested social media can bolster children’s media literacy, enhance their collaboration skills and creativity and help them feel more connected to the world around them. But there are still plenty of risks associated with overexposure to social media, which some studies say can lead young people to feel emotions of envy and inadequacy, as well as mental health issues like depression, anxiety and sleep deprivation. Cyberbullying, harassment and privacy issues are also cited as concerns in some studies.

Despite the risks, social media-based careers are the top aspiration for many members of Gen Z. In a 2019 study conducted by Harris Poll and Lego, the top response to what Gen Z respondents wanted to be when they grew up was a YouTuber. A Morning Consult poll among Gen Z respondents also showed the top aspiration for Gen Z was to be a YouTuber or vlogger, according to LinkedIn.

“The push to self-brand is happening at a younger and younger age, and I see it with my students,” said Brooke Erin Duffy, an associate professor of communication at Cornell University.

Duffy said the influencer space currently has little to no regulations, unlike the broader entertainment industry that has established labor laws. Additionally, she said children can’t fully grasp the implications of having a massive digital footprint, which will presumably follow them their entire lives.

“Are they going to be held accountable for something 10 or 20 years down the road that was shared under their social media account? You know, how are they going to be protected from the hate and harassment that is so rife on these sites?” Duffy said.

Wixom, of Los Angeles, started the account, in which she dressed Ryker in grown-up-looking menswear, after someone showed her a similar account at a birthday party.

“They were wearing, like, Gucci and Fendi, and I was like, ‘I can make that from Baby Gap,’” Wixom said.

“For the first probably year, I wasn’t doing any brand deals. I kind of freaked out, to be honest with you, when it kind of went viral,” she said. “You know, when something goes viral you get weirdos, you get haters. I was like, ‘This is my kid. I didn’t mean to do this.’”

After discussing it with her husband, they decided to take it to the next level and begin accepting brand deals, which would dramatically increase the amount they posted and their exposure.

“This is an opportunity that probably not many people get, especially at the time. Let’s figure out how to make this work to make it comfortable for our family,” Wixom said.

The role Wixom plays in managing her children on social media is, in a way, both a new iteration of the stage mom and a deviation from it. While she’s allowed her children to become public figures similar to child stars, Wixom has the discretion to decide what aspects of her family she does and doesn’t share with the world. A parent of a child actor or model would often watch their child’s success from the sidelines and have less creative control. And because Wixom wants to use her family’s success to benefit her children’s future, she’s careful to avoid the pitfalls child stars in traditional forms of entertainment have experienced.

“We don’t need a Macaulay Culkin situation on our hands later, you know?” Wixom said.

Wixom was able to quit her job in sales and work full time managing her family’s online presence, she said. Since Wixom first started her Instagram account, the content she posts has evolved to include the whole family account.

The influencer industry is booming and as of 2021 is worth approximately $13.8 billion, according to German statistics portal Statista.

Still, with luck being a major factor in the success of an influencer and the potential mental health issues associated with prolonged exposure to the internet, some parents are confiding in one another about what they should do when their kid goes viral.

Jordan, of Bark Technologies, began a Facebook group for those looking to discuss the intersection of parenting and technology.

One post asked other parents if they had a child who was “TikTok famous.”

“What do you do to help them make this a positive thing? I’m worried he will get bullied going back to school, helping him monetize this (for his future) and helping him stay grounded,” the post read.

Jordan said there have been major discussions in the group about how to balance the benefits of viral fame for their children’s future while still protecting their kids. It’s something Jordan said she’s thought a lot about with her own son Jackson, 12.

“It is definitely top of mind with him and in general. … He does have a high likelihood of becoming an influencer,” she said, citing Jackson’s personality and creativity.

She said she and Jackson have had many conversations about what kind of information he’s allowed to post, how his self-worth is not based on social media, how to take care of his mental health and other factors related to the internet.

“It’s just one more job for parents,” Jordan said. “It’s one more thing they have got to keep up with. Just like they protect their kids in the real world, they have to do that in the virtual world.”

Spending out of control post-COVID lockdown? Here are five tips from a money expert | Business

Thu Aug 26 , 2021
bernie_photo/iStock (NEW YORK) — For people who were fortunate enough to be employed during the coronavirus pandemic, the past 18 months of lockdown have provided one silver lining, a boon to their wallets. With dining out and happy hours cut to a minimum and commutes gone for people who could […] 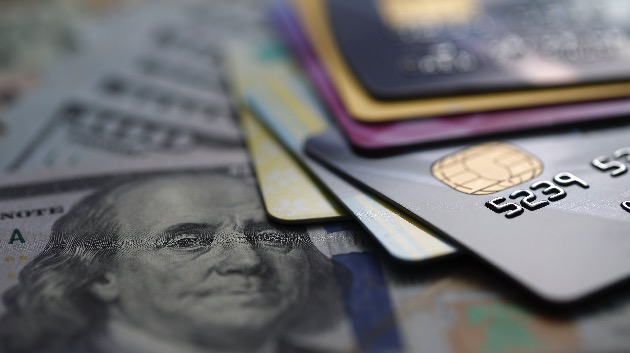