It’s no secret that online eyeglass seller Warby Parker relies heavily on technology for its business as a direct-to-consumer business. But a new SEC filing for the company shed light on another way technology helps the company: by making everyone’s vision worse.

Tucked into its S-1 in preparation for a direct public listing, Warby Parker wrote that “increasing screen time usage” is a key factor for its business growth.

“The rising usage of smartphones, tablets, computers, and other devices has contributed significantly to increased vision correction needs and consistent new customer growth within the eyewear market,” the company said. Warby Parker added that 79% of Americans increased screen time over the past five years.

Warby Parker plans to go public via a direct listing, in which the company doesn’t sell shares but rather provides liquidity to those who already have them. This allows for their investors sell shares and for the public to finally invest in the consumer brand via the stock market. The company was founded in 2010, and though it does most of its business online, had over 145 stores at the end of June.

Though the company’s S-1 didn’t mention it, technology’s impact on vision correction goes further, as the American Optometric Association says that many people who don’t even have normal vision correction issues could benefit from computer-specific glasses to combat eye strain known as computer vision syndrome.

According to the Vision Council, the company added, around 76% of adults need vision correction, and the average pair of glasses lasts around two and a half years before they get replaced. For contact lenses, a more recent addition to its business, it happens even far more often, the company added.

Warby Parker’s documentation brought more numbers to the direct-to-consumer eyewear disruptor, including a net loss of $7.3 million on revenue of $271 million for the first half of 2021. (In 2020, the company had a loss of $10 million on $177 million in revenue.) Bloomberg reported a valuation of $3 billion.

Warby Parker may be ubiquitous in some circles, but the company also said that it only has less than 2% of market share for vision correction in the country, which represents around 1% of revenue given that its glasses are often cheaper than the competition.

Ethan Wolff-Mann is a writer at Yahoo Finance focusing on consumer issues, personal finance, retail, airlines, and more. Follow him on Twitter @ewolffmann.

How to pay off student loans in 5 years: A step-by-step guide

Sat Aug 28 , 2021
Our goal here at Credible Operations, Inc., NMLS Number 1681276, referred to as “Credible” below, is to give you the tools and confidence you need to improve your finances. Although we do promote products from our partner lenders who compensate us for our services, all opinions are our own. If […] 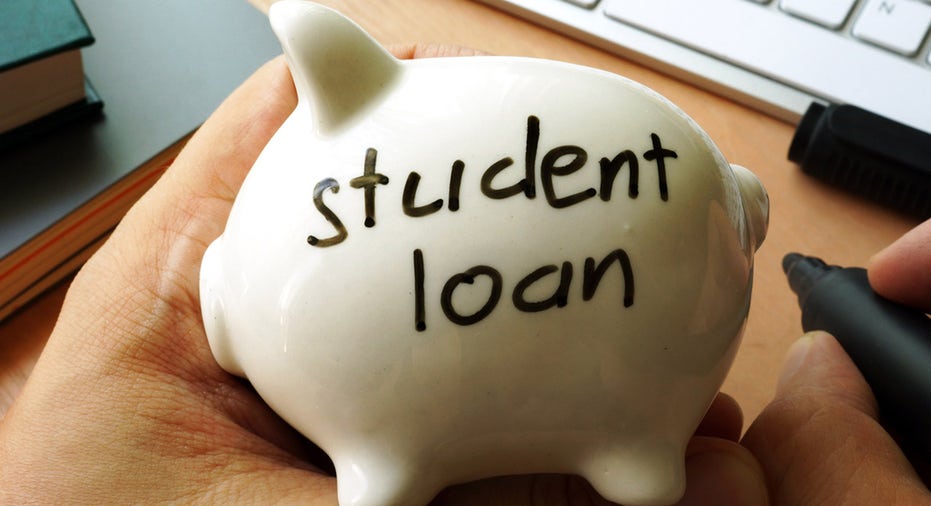