China will introduce a number of policy measures, including promoting the institutional opening-up of the digital field, to develop digital trade and deepen international cooperation in this area, government officials said on Friday.

Apart from supporting the implementation of negative list for cross-border trade in services across the country, the government will benchmark international high-level economic and trade rules and advance the institutional opening-up of the digital field, said Wang Bingnan, vice-minister of commerce.

In order to build more demonstration zones, China will guide local governments to carry out pilot trials based on opening-up platforms such as the pilot free trade zones (port) to stimulate innovative activities of trade in services, the commerce official said.

Addressing a digital trade development-themed forum during the 2021 China International Fair for Trade in Services being held in Beijing from Thursday to Tuesday, Wang said China will participate in the formulation of related international rules and safeguard the multilateral trading system.

In the next step, the government will deploy more resources to support the growth of national-level export bases for digital service to create favorable conditions to boost digital trade, he said.

The Ministry of Commerce released a report on China’s digital trade development at the forum, noting the country’s digital trade makes up an increasingly larger part of its foreign trade.

Wu Kai, CEO for Airwallex Greater China, a fintech company, said COVID-19 has spurred more consumers to shop online, and this in turn meant more businesses are transacting online and across borders.

“Increased trades stimulated by initiatives such as the Belt and Road Initiative will continue to drive more cross-border transactions and the need for low-cost, fast, transparent digital payment options,” said Wu.

“With computing power improvement and the acceleration of transmission, digital trade, which takes data as the production factor and digital delivery as a main method, has become a new form of China’s foreign trade,” said Wu Hequan, an academician at the Chinese Academy of Engineering.

An estimate based on statistics from the United Nations Conference on Trade and Development showed China’s digitally-delivered service trade hit $294.76 billion in market size last year, an increase of 8.4 percent year-on-year, accounting for 44.5 percent of its total service trade.

The market size of China’s digital economy surged 9.6 percent year-on-year in 2020, the fastest worldwide, said a white paper by the China Academy of Information and Communications Technology, a Beijing-based government think tank.

Wang Dongtang, deputy director-general of the ministry’s department of trade in services and commercial services, said the government will establish and improve relevant laws and regulations for the right classification of data resources, protection of cross-border transmission, privacy and public safety during China’s 14th Five-Year Plan period (2021-25).

“In addition to participating in the formulation of international rules and technical standards such as data security, currency and tax, the government will actively uphold international exchanges and cooperation in cyberspace in the coming years,” he said.

Tue Sep 7 , 2021
Freelance writer Meagan Drillinger and her partner have been road-tripping across the US since May. While working on the road has its perks, Drillinger says the lifestyle ended up being more costly than expected.  She’s gotten creative with accommodations and figured out how to eat and get gas as cheaply […] 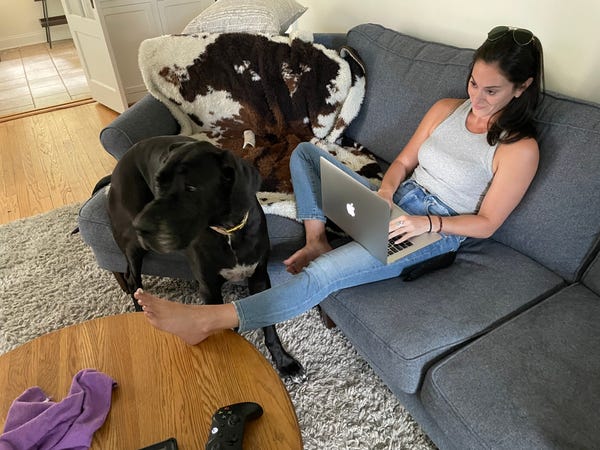