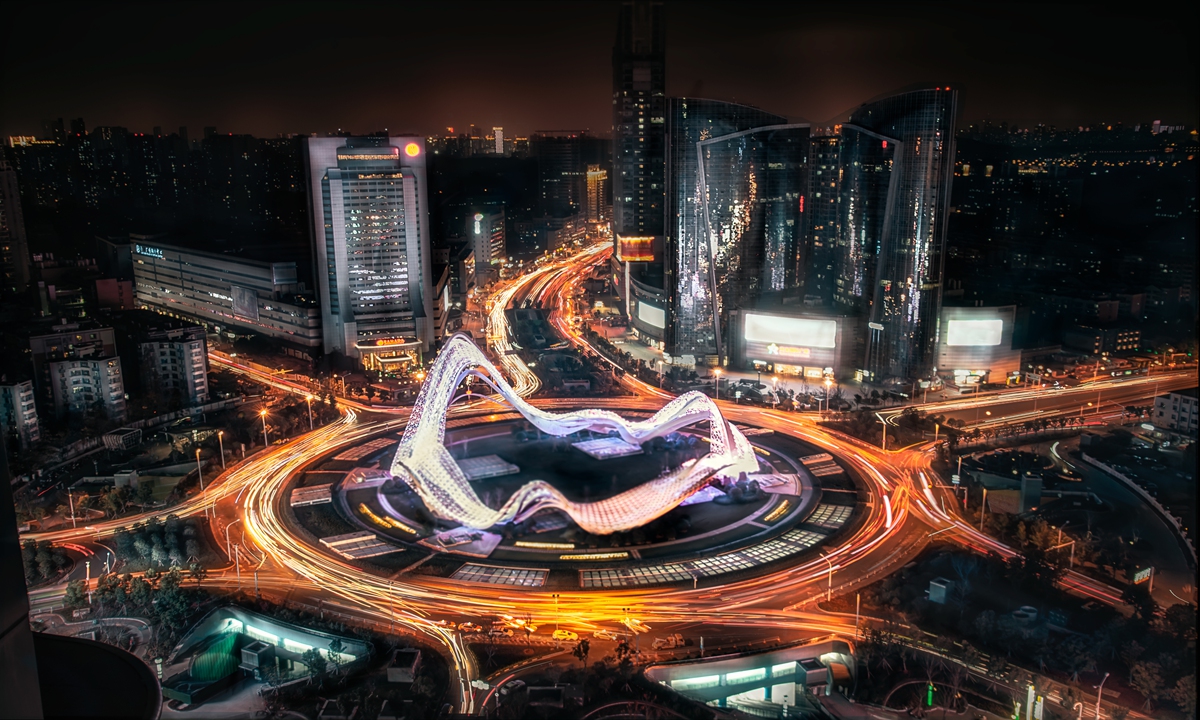 Deeper cooperation between China and the Association of Southeast Asian Nations (ASEAN) in the digital economy will benefit Wuhan, Central China’s Hubei Province, which was hit hard by the COVID-19 pandemic, and accelerate its economic transformation and industrial upgrade amid a post-pandemic recovery, analysts said on Sunday.

“Since Wuhan is going through an economic transformation and industrial upgrading, the city has a certain demand specifically for foreign investment in the high-tech field and foreign enterprises targeting the upstream and downstream parts of the industry chain of the digital economy,” Dong Dengxin, director of the Finance and Securities Institute of Wuhan University, told the Global Times on Sunday.

Dong said that establishing stronger ties with ASEAN will further boost the economic recovery in Wuhan, even though the economy and consumer confidence have already recovered robustly.

ASEAN has become Wuhan’s second-largest trade partner this year, jumping from third in 2020, statistics showed. Total Wuhan-ASEAN trade stood at 17.23 billion yuan in the first five months of 2021, a year-on-year increase of 83.1 percent.

Zall Group, a Wuhan-based company focusing on supply-chain property and trading services for the wholesale market, was among the signing enterprises.

It said on Friday that it will continue making efforts in cross-border e-commerce infrastructure construction. Zall Group has deployed 101 warehouses globally, of which more than 30 percent are located in ASEAN.

Another company, China Information and Communication Technology Group Co (CICT), has the largest scale of cooperation with ASEAN in the field of the digital economy among all Wuhan-based enterprises, according to media reports.

The company has established subsidiaries in Malaysia, Singapore, Thailand, Vietnam and Myanmar, with the cumulative investment exceeding $100 million, per media reports.

It would further cooperate with the ASEAN members in fields such as smart cities, 5G, and big data, said the deputy general manager of CICT on Friday.

The company’s coverage in ASEAN has reached 80 percent of its international business and the growth rate of trade with ASEAN has exceeded 30 percent for five consecutive years.

The company has completed more than six projects in Malaysia and Cambodia, involving industrial plants and civilian buildings.

In the first half of the year, Wuhan’s GDP reached 825.15 billion yuan, a year on year increase of 28.6 percent, and up 3.5 percent compared with the same period in 2019, with the two-year average growth of 1.7 percent, according to media reports on Monday.

Wed Jul 21 , 2021
LONDON & BOSTON–(BUSINESS WIRE)–Results of a mid-year survey of 42 portfolio managers, strategists and economists representing Natixis Investment Managers (Natixis), 16 of its affiliated asset managers, and Natixis Corporate and Investment Banking show that even as the market considers the first real dose of inflation in 13 years, complacency may […]