Taiwan’s largest software incubator, Innovation to Industry, has selected 21 Israeli companies for a soft-landing program aimed at smoothing their path into the Taiwanese economy and Asian markets, and launched two new initiatives for Israeli tech firms.

Last year, Innovation to Industry (i2i) set up IP2 LaunchPad, a $70 million program to create tech collaborations between Israeli startups and the East Asian country’s industry and academia. The entrants to the program announced this week will be its second cohort.

The program aims to integrate Israeli software solutions with Taiwan’s hardware industry, including personal computers, LCDs, semiconductors and phones — as well as its healthcare system.

The launchpad also offers flight tickets, one-on-one business partnerships, networking events, visa application help and fundraising opportunities. At least one Israeli team member is meant to stay in Taiwan for the duration of the program.

The Israeli firms selected for the program include Onvego, which develops technology to ease speech control of devices; InCyber, a cybersecurity firm; Cellwize, which provides a cellular network software platform; digital healthcare company OutSense; and data integration and analysis firm QualityLine. Six of the 21 companies have already inked agreements in Taiwan for distribution or clinical trials.

“We are maintaining the momentum of the program’s success from last year, and we see how the Israeli and Taiwanese ecosystems complement each other to produce technological and business success stories,” said Ho Chin-Tsang, Director General of the Small and Medium Enterprise Administration of Taiwan’s Ministry of Economic Affairs.

An event announcing the 21 companies was held online with participants in Israel and Taiwan on Tuesday. 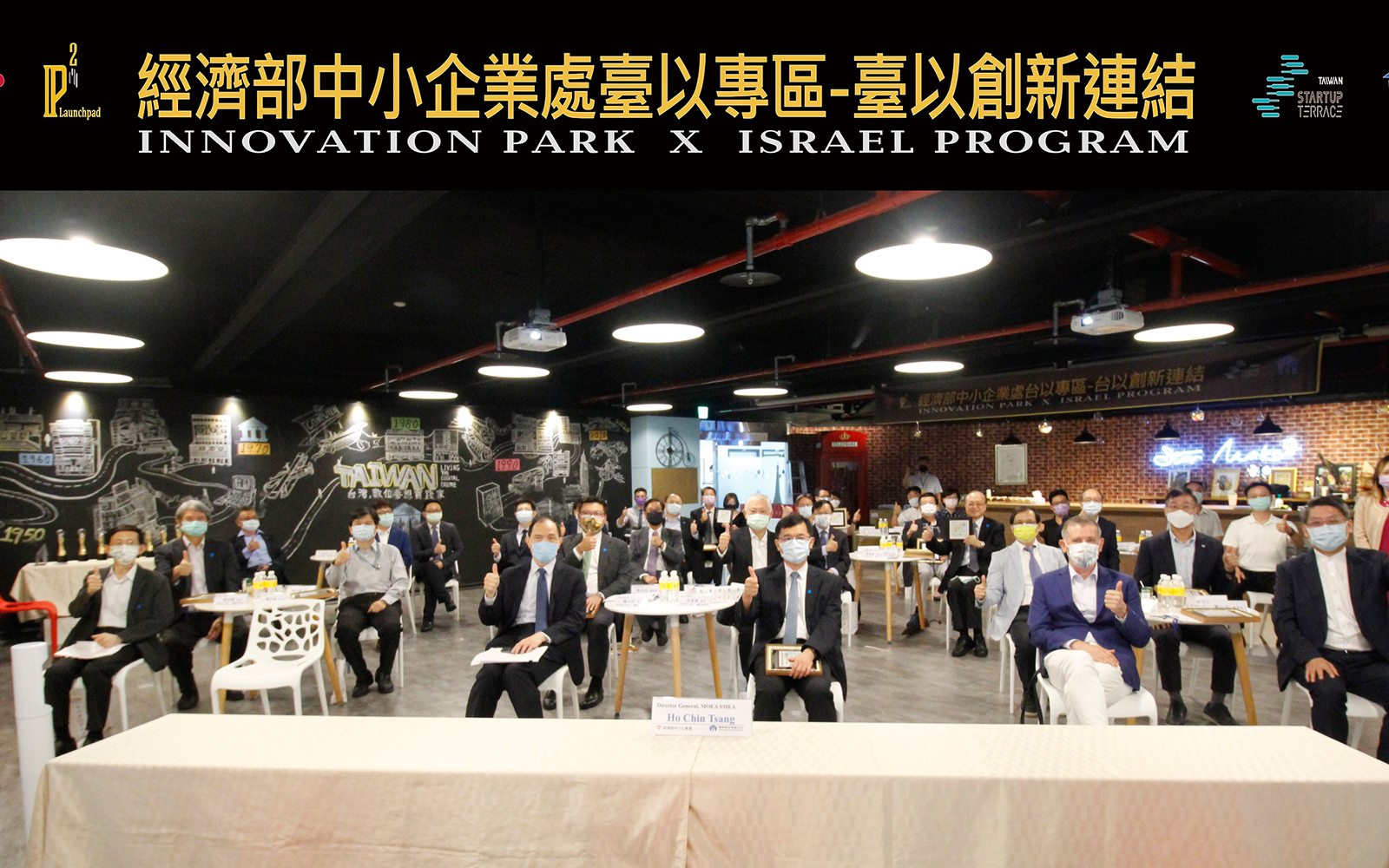 The incubator also said it had set up two new programs for Israeli firms — IP2 Plus, for veterans of the initial launchpad program and more mature Israeli companies, and IP2 Sustainability, which will run in cooperation with Israeli nonprofit Start-Up Nation Central.

Israel was the first country that was chosen by Innovation to Industry for the launchpad program, after a number of other tech centers were evaluated.

Innovation to Industry is a private company and one of four government-approved incubators in Taiwan, working to help support and promote startups, link them with partners and expand their operations in markets around the world.

The IP2 LaunchPad program is run by Innovation to Industry and based at the Startup Terrace Innovation Center, which is supported by the Small and Medium Enterprises Administration and Ministry of Economic Affairs in Taiwan.

Taiwan in 2020 was Asia’s top-performing economy, outgrowing China for the first time in 30 years, as strong global demand for tech exports from the island outweighed the economic havoc wrought by the coronavirus pandemic.

Its economy grew almost 3% in 2020, compared to 2019, according to Taiwan’s statistics office. The figure was higher than China’s 2.3% growth last year.

Taiwan’s Jewish community announced on Wednesday that its first permanent community center should open its doors by the end of the year.


You’re serious. We appreciate that!


We’re really pleased that you’ve read X Times of Israel articles in the past month.

That’s why we come to work every day – to provide discerning readers like you with must-read coverage of Israel and the Jewish world.

So now we have a request. Unlike other news outlets, we haven’t put up a paywall. But as the journalism we do is costly, we invite readers for whom The Times of Israel has become important to help support our work by joining The Times of Israel Community.

For as little as $6 a month you can help support our quality journalism while enjoying The Times of Israel AD-FREE, as well as accessing exclusive content available only to Times of Israel Community members.

Already a member? Sign in to stop seeing this